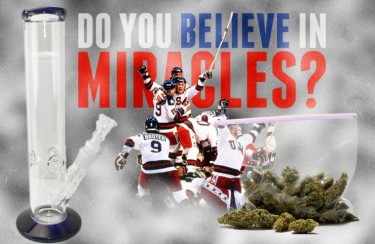 The cannabis industry has just witnessed the greatest shift since Prohibition over 80 years ago.

For every ying there is a yang, call it karma if you will, but the gut punches the cannabis industry felt when Jeff Sessions was appointed Attorney General and “Dumb People Smoke Marijuana” talk just got paid pack in a big, fat karmic blunt. The state of Georgia just shocked most of the US by voting Democrats in as senators in their two run-off elections.

Let us back track for a second to November of 2016, the cannabis industry was humming along, the state of California was voting on approving recreational cannabis sales and Hillary Clinton was a 99% chance winner on election night. While Hillary was no champion of weed, she was still a Democrat, and if she had won, Bernie Sanders and his pro-weed policies would have found a home somewhere in her cabinet.

Then the unthinkable happened, a 1% chance candidate won, conservatives won local elections in a rebuke to the Obama years, and an anti-pot Attorney General got appointed to the Federal government’s highest rank. The chance for Federal legalization quickly faded for 4 years as Republican senate majority leader Mitch McConnell refused to allow any legalization votes to hit the senate floor.

Fast forward 4 years and a 30 days later, and the Democrats are now poised to control the presidency, the House, and now, thanks to Georgia, the Senate. A clean sweep and full control for the Democrats will certainly mean much higher taxes, much more health care spending, environmental protections, anti-fossil fuel initiatives, but also, legalized weed.

Why marijuana? The numbers all make sense, and the voters want legalization at a record clip. Federal and state governments are broke, marijuana sold extremely well during the COVID pandemic, and it has already created billions in tax revenues at the state level. Cannabis can also create jobs, desperately needed right now, with estimates at 250,000 cannabis jobs in America right now, and upward of 1.2 million with full Federal legalization. Number two, the voters want it, cannabis legalization polling is running as high as 75% among Democratic voters, and even as high as 60% among Republicans now.

Yes, we will see legalized marijuana in the US in 2021, which will cause the UN to change it’s drug treaties, effectively removing cannabis as a controlled substance, hence allowing 160 more nation-states to legalize cannabis and join the cannabis industry without fear of US retribution.

Today is the greatest game-changer in marijuana history since the plant was made illegal over 85 years ago. In a karmic sense, we are righting the wrongs done over 80 years ago today.

What You Need to Know

The MORE ACT, co-sponsored by Vice President Harris, is the most likely path to marijuana legalization. The act removes cannabis as a controlled substance (HUGE) and also makes amends for communities hardest hit by the war on drugs.

The biggest implications are the following:

Cannabis being removed from the Controlled Substance Act means THC will be able to cross a state line legally. It would also mean the DEA, FBI, and FDA and post office, all federal offices, would not longer be able to monitor or police the marijuana industry. If you mix cannabis with food, the FDA would still have a say, but I digress. Once cannabis is no longer a controlled substance, it becomes like beef jerky or cookies being sent in the mail. The post office and DEA would have no reason or legal right to stop a non-controlled substance that isn’t breaking any laws by being shipped anymore. Taking oders from around the country will soon be common with a few kinks to work out with non-legal states. Want Snoops Leaf’s in Massachusetts? No problem. Want Chong’s Choice pre-rolls in Florida, no problem, FED EX on the way.

The US government won’t start from ground zero on issuing some sort of Federal marijuana licenses. The most likely case is they will grandfather in or honor all state license holders that are in good standing with their states. This means that if you have a state license to sell medical or recreational cannabis your customer base may have just expanded to close to 250,000,000 depending on how things shake out and if you know how to drive leads and traffic on the Internet.

Brick and mortar dispensaries should be terrified right now and should be desperately looking for web properties to buy. Margin compression is going to accelerate as fear of Federal prosecution is removed from the table, and millions of smaller growers and entrepreneurs enter the market. Federal legalization will level the playing field for all players and make this a Shopify and web traffic battle within 12 months. No longer will you need to wait 2 years for a license and have $2 million in a bank account, get a $500 license from Oklahoma or Oregon and you are in the same poker game as legends like Curaleaf and Canopy Growth.

Cannabis is a commodity, a plant, it can be grown indoors and outdoors in roughly 9 to 16 weeks. The competitive advantage enjoyed by early movers and big money MSO’s is about to end, as many “nerdy, internet geeks” will have the ability to drive 2 million internet users to the store they choose and where they are getting the biggest affiliate commission. This will be a boon for Internet advertisers like Google and Facebook once they change their cannabis policies, but be warned now, if you are paying $35 a click for the phrase “an ounce of blue dream”, and other sites that rank well organically and generate traffic are getting a lead for a $0.01 from an optin box or flyover form, you are going to lose over time. There is only so much margin compression you can do at the bottom line, like changing LED lights, and soil. The margin protection will now have to be protected on the top line with cheaper leads, loyalty programs, and rewards points. See what those little billion-dollar companies like Amazon with their Prime Program, and Chase with the Sapphire Rewards programs, are doing now and you will see the future of weed.

A future that is much closer than any predicted 48 hours ago. 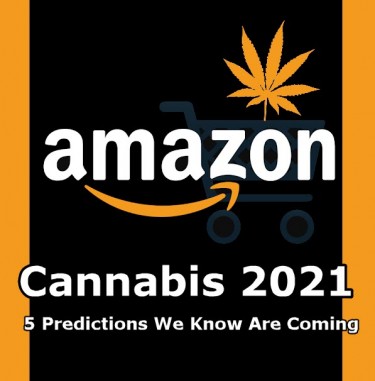 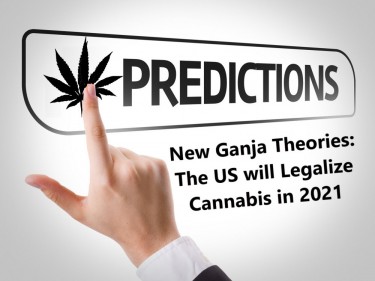 MARIJUANA PREDICTIONS FOR 2021, WHAT IS NEXT, READ THIS!