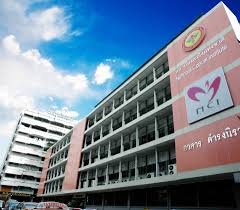 BANGKOK: A study in Thailand has shown that patients, including those with cancer, have benefited from cannabis extract treatment and it may inhibit cancer cell growth.

The study is being conducted by the Government Pharmaceuticals Organisation (GPO), which distributed medical cannabis products to public and private hospitals in August last year.

GPO specialist Nanthakan Suwanpidokkul said the Prasat Neurological Institute and Queen Sirikit National Institute of Child Health found that symptoms had improved in 10 out of 16 children, or 62 per cent, with difficult to treat and intractable epilepsy.

According to a Bangkok Post report, the Prasat Neurological Institute also found that five out of seven multiple sclerosis patients who did not respond to standard treatments were improving while being treated with the products.

The National Cancer Institute reported that the 14 terminal cancer patients who received palliative care experienced pain relief by more than 50 per cent, had better appetite, gained weight and slept better.

The Department of Medical Services gave the products and normal medicines to 42 terminal cancer patients at its medical cannabis clinics in provinces for a month and found similar improvements.

Most patients responded positively to the treatment without any severe side effects.

For Parkinson patients, it was given to 16 patients at Sakonnakhon Hospital in Sakon Nakhon province for three months and their condition improved, with most of them sleeping better and experiencing a better quality of life.