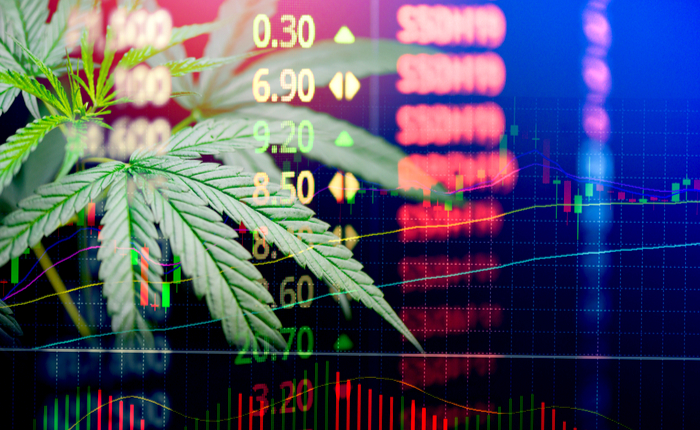 CANNABIS CULTURE – Are they headed for a peak or a cliff?

Head-quartered in the Rocky Mountain foothills of Calgary Alberta, Canada — Sundial Cannabis Growers — has been named to the subreddit r/WallStreetBets prestige list of “meme-stocks” by popular redditor Swaggy Stocks.

In the past, the company’s total assets have been listed as high as $1 billion and the stock has been called a “unicorn.” Sundial reports liquidity estimated at $610 million in cash with $61 million in convertible incoming loans and security plus a share-outlay of 1.56 common stock shares.

In 2019, Sundial Cannabis faced a class-action lawsuit from a group of investors who claimed the company had failed to disclose rubber and mold contaminants in cannabis shipments before going public.

Orthodoxy would suggest this volatile past combined with an intensely competitive and heavily regulated market they exist in would say to hold. But…

As GameStop exposed in January, chatter on r/WallStreetBets can prove enough to spark a wild price-run on a stock, even a stock with low-potential growth indicators.

This matters for Sundial because, says Antony Noto for YahooFinance, there are 8 million members in the r/WallStreetBets subgroup. The subgroup has been in the limelight for unorthodox buys of GameStop Corp. (NYSE: GME) and AMC Entertainment Holdings Inc stock — the result has laid naked the tender spots of Wall Street Hedge Fund institutions who had placed their wagers on short.

What´s important to note is the gain in stock price has mobilized investors – now trading Sundial stock at an accelerated pace. Between the 21st and the 27th of January, Sundial trades rose from 300-thousand to a peak of 2.1 million.

On the 28th — momentum trended downward as trades slipped to 1 million. Jagielski says the decline was linked to the $100 million stock offering the company unveiled that day.

Still, if future investors continue to meet obstacles in purchasing GameStop shares, the marijuana stock of Sundial could be an alternative. “(Sundial is) currently on the Robinhood Top 100 list, which is a great place to figure out what stocks are hot with retail investors,” says Jagielski.

For retail investors who blindly snap up its shares, it could end in tears. Gamestop and AMC stock shot through the roof mainly via the concept of shorting or short-squeeze. In monetary economics, short-squeeze simply means betting your money that a company´s stock will fall and you will snap it up at a depressed price, but seeing the opposite happen. That is, watching in disbelief as the stock´s value rises, and unless you sell out fast, incur even greater losses.

Many investors shorted GameStop and AMC shares hoping for a decline but the opposite happened. Compared. “Compared to GameStop, and a lesser extent even AMC, the percentage of Sundial’s outstanding shares that are short is very modest,” says Jagielski.

The reason is – cash is a very important liquid asset in marijuana farming to keep paying for salaries, research, and crop harvest storages. This is the reason why Sundial´s executives took notice of the astonishing rise of its share price (fueled by social media) and quickly announced a $100 million common stock offering.

It appears the goal was to harvest some quick cash, if the stock price drops afterward so be it.

Habits like these die-hard so all signs point to the management of Sundial Cannabis announcing stock offerings to boost cash reserves each time they see their share trader volumes/prices soar – much to the pain of Sundial’s common stockholders.

“Not worth it,” says Jagielski.

Sundial’s prospects and past are too troubling.

The company´s survival is even in some doubt. “The fact that net sales of CA$47.1 million over its last three quarters were down 3.6% from the previous year is just one red flag. And during that time, Sundial incurred operating losses of CA$151.5 million — nearly five times the CA$31.2 million loss it incurred a year earlier,” Jagielski says.