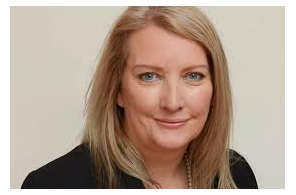 Legislation to allow people to drive with medicinal cannabis in their system is set to go before the South Australian parliament on Wednesday. Reports Channel 7 News

Her proposed changes would give people a defence if drug tested while driving.

hat defence would be overturned if the driver was deemed to be impaired or if dangerous or reckless driving was involved.

“Australia is the only jurisdiction that prevents medicinal cannabis patients from driving while they are using their prescribed medication, even when they are not actually impaired,” she said.

“Our current laws are based on stigma, not science. Medicinal cannabis patients deserve to be treated the same as any other patient who is taking prescribed medication.”

A group called Drive Change, which is campaigning for law reform, says about 35,000 Australians are currently prescribed medicinal cannabis.

It says about 70 per cent of those would have some THC, the principal psychoactive constituent of cannabis, in their system and cannot legally drive.

The Australian Lawyers Alliance also support changes to the current laws which it says are outdated and unfair.

“Drivers who take opioids or other prescription medication do not find themselves in court or risk losing their license, and neither should drivers who have taken a prescribed and legal dose of cannabis,” alliance SA president Sarah Vinall said.

“These drug driving laws were developed before cannabis became a legally recognised prescribed medication and the law needs to change to stay relevant.”

Ms Franks planned to introduce her bill to parliament on Wednesday