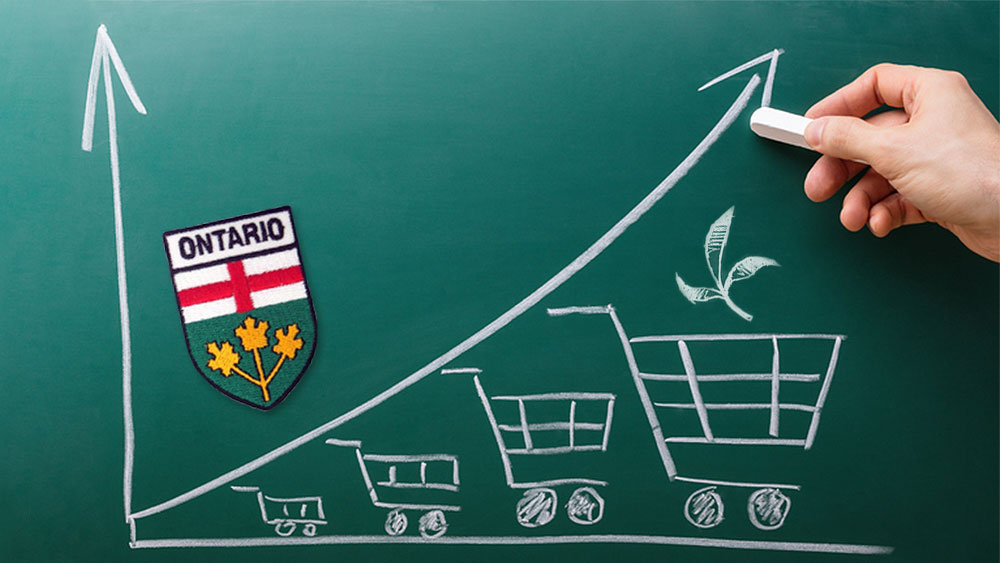 Ontario is on pace to see 40 new pot shops licensed this fall as the province’s cannabis retail store regulator announced it is doubling the number of licenses it issues.

The Alcohol and Gaming Commission of Ontario (AGCO), responsible for regulating cannabis retail stores in the province, announced it will double store authorizations at the government’s direction. So far, the AGCO issued 164 licenses, 150 of which have opened shop in Ontario. Some 900 applicants are currently waiting to open cannabis retail shops.

In Toronto, Ontario’s capital and largest city, over a hundred pot shops are waiting to secure approval, while 53 have already opened.

“The AGCO will soon contact all affected retail store applicants directly to advise them of any change to the timing of the issuance of their store authorizations,” they added in a statement.

Prior to the coronavirus pandemic, the slow rollout of cannabis shops has been seen as one of the key reasons the industry has underperformed in its first year.

People in the industry are hopeful that the AGCO will soon pledge to license even more shops each month as warehouse capacity increases.

Alberta currently leads with the largest number of operating pot shops in the country and 517 licenses. Consequently, Albertans spend the most money on pot out of all of Canada’s provinces, although Alberta continues to see large demand for black market cannabis.

Meanwhile, new data from Statistics Canada has revealed that jobs in the Canadian marijuana manufacturing sector have dropped by more than a third in the first half of the year. StatsCan said last week 2,282 people were employed in the sector in June compared to 3,483 in January.

Major producers like Canopy Growth and Aurora Cannabis have all announced hundreds of layoffs this year amid uncertainty relating to the COVID-19 pandemic.