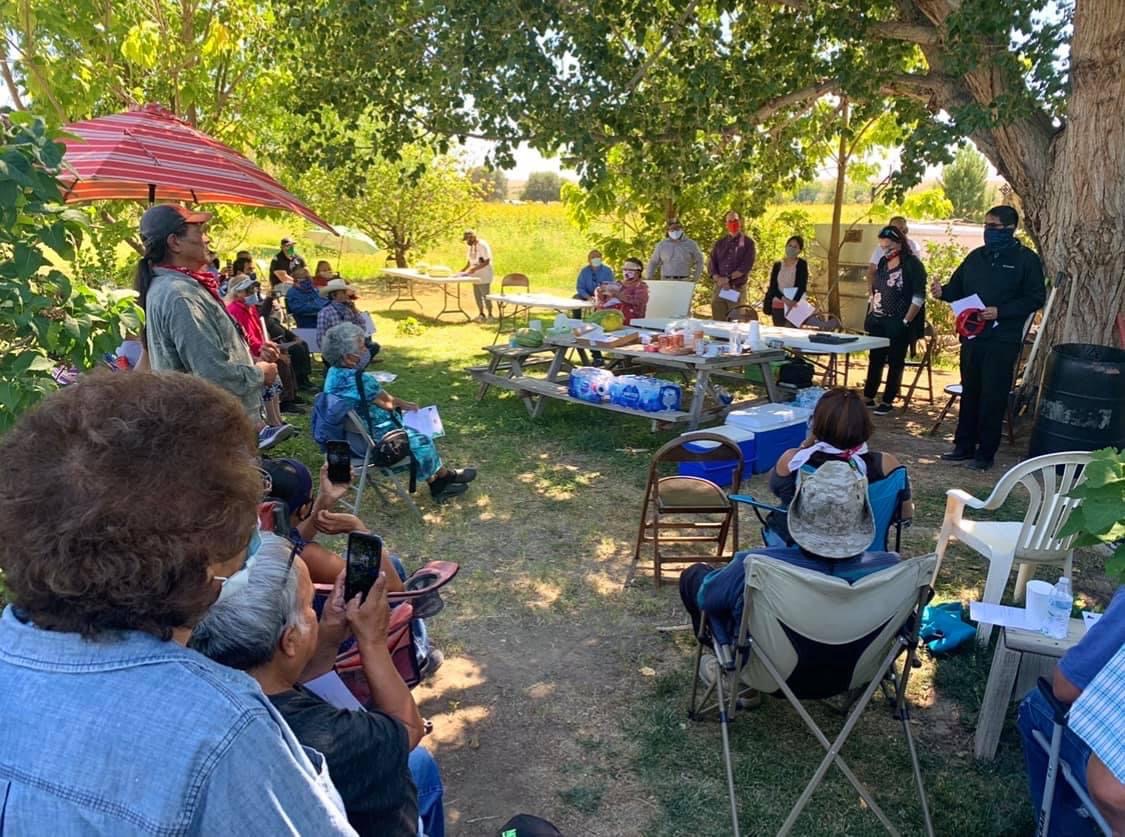 PHOENIX (AP) — The Navajo Nation is not letting go of a fight against what it says are illegal hemp farms cultivated through immigrant labor.

A member of the tribe and head of the operation, Dineh Benally says his business partnership with a Las Vegas dispensary has provided dozens of jobs on the vast reservation that includes parts of New Mexico, Arizona and Utah.

Benally, in a brief statement, called the ruling disappointing and harmful to the Navajo Nation’s economy. He said more than 200 members of the tribe are employed there.

In previous court filings, Benally argued he was allowed to grow hemp under the 2018 Farm Bill signed into law by President Donald Trump. His attorney also argued in court his hemp was a less potent form of cannabis.

In June, Navajo Nation Attorney General Doreen McPaul sued Benally in June, accusing him and his company of illegally growing industrial hemp and giving out land use permits. Officials also believe the hemp far exceeds the federal limit of no more than 0.3 percent tetrahydrocannabinol or THC, the main active ingredient of cannabis.

Residents in the Shiprock area have been protesting the operation. Some testified in court to seeing and smelling marijuana, which is also illegal, on the 400-acre enterprise. They also say they’ve seen out-of-state vans constantly dropping off workers.

“I see a bunch of foreign workers, armed security guards. I see a security patrol 32 feet from my front door,” Beatrice Redfeather said during a court hearing last week. “The smell of marijuana is so strong that I have had to go to the hospital because of my severe headaches.”

While hemp is illegal, there is no penalty for growing it under Navajo law. But under the order, tribal police can step in to ensure there is no hemp production. Officers have already told immigrant workers who they believe came from Asia to leave the reservation, Nez said.

“We are concerned some of these visitors may be mistreating our people,” Nez said told The Arizona Republic. “There are large areas that they are using to put up housing on these farms.”

There shouldn’t be visitors anyway because of the COVID-19 pandemic, Nez said. Visitors are currently prohibited in order to stop the spread of the virus.