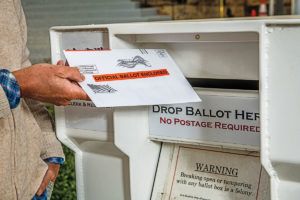 With this fall’s general election the U.S. marijuana industry could see its biggest spike in business opportunities since the 2016 election. Back then, four states—California, Maine, Massachusetts and Nevada—legalized recreational marijuana cultivation and sales through the ballot box, and three more—Arkansas, Florida and North Dakota—approved medical marijuana programs.

On Nov. 3, Arizona, Montana and New Jersey, which all have established medical programs, will hold referendums to legalize recreational marijuana. And voters in Mississippi and South Dakota will vote on legalizing medical marijuana. South Dakota voters will also consider an adult-use marijuana initiative. The passage of most or all of these referendums is more than plausible—and if new markets open, they could create billions of dollars in business opportunities for marijuana entrepreneurs.

Furthermore, federal marijuana policies could change depending on the outcome of the presidential election, as well as 10-15 key U.S. Senate contests. Important U.S. marijuana issues hinging on the election outcome include:

Beyond the 2020 presidential and congressional races, marijuana entrepreneurs could see several state legislatures pass recreational marijuana laws, especially if New Jersey legalizes it this year. That state could trigger a domino effect along the East Coast, prompting Connecticut, New York and Pennsylvania to follow suit.

All those states legalizing marijuana are unlikely to change President Donald Trump’s attitude toward the plant, but some observers believe it could affect the thinking of Democratic nominee Joe Biden, should he become president.

Moreover, state-budget shortfalls caused by the coronavirus pandemic could encourage more legislators around the country to embrace marijuana because of its revenue-generating potential.

“As we see further legalization in the first half of 2021, when these states meet from January to May in their legislative processes, by the time Congress is taking up cannabis we could be looking at a very different picture than we are right now in terms of the states, and that will influence Biden’s evolution,” said Steve Hawkins, executive director of the Washington DC-based Marijuana Policy Project.

While the future holds the potential for more business opportunities, marijuana entrepreneurs shouldn’t deceive themselves into thinking they will be limitless.

Rather, it’s expected that current medical operators in Arizona, Montana and New Jersey would get first crack at recreational licenses if referendums pass in those states. Meanwhile, Mississippi and South Dakota would be among the smaller medical markets if referendums pass there.

Also, it could be a while before these markets get up and running. Consider Maine: Adult-use sales are scheduled to begin this month, nearly four years after the state’s voters legalized recreational marijuana.

Still, the importance of New Jersey potentially sparking an eastern domino effect and the accompanying opportunities shouldn’t be underestimated. Ditto for the potential passage of medical marijuana laws in Mississippi and South Dakota, where legalization seemed inconceivable less than a decade ago.

In this cover package, Marijuana Business Magazine takes a deep dive into the November elections to give cannabis businesspeople an eagle-eye view of the ballots, elections and issues that are at stake.

Big Changes Could Be Afoot

Giants of the Senate?

Letter of the Law

Get the Best Return on Investment