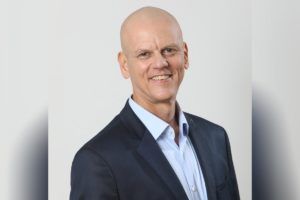 Negotiating an international cannabis merger worth roughly $100 million is hard enough – but doing so during a global pandemic is downright daunting.

That’s what Israel’s IM Cannabis had to do when it agreed in late 2020 to acquire Toronto-headquartered Trichome Financial, a specialty finance company serving cannabis companies.

Because of the coronavirus pandemic, global business travel and international M&As had come to a virtual standstill.

To pull off the all-stock deal, IM Cannabis, a medical marijuana company with global ambitions, made use of modern technology and old-fashioned personal relationships.

During the talks, IM Cannabis CEO Oren Shuster said, there were periods when the deal wasn’t moving forward and the companies decided to disengage – like any negotiation.

But unlike other negotiations, this one took place primarily over Zoom.

“They visited our facility, and we visited their facility – everything by Zoom. It was not a simple process,” he said.

Shuster said the Trichome purchase will give IM Cannabis operations in the three biggest federally regulated marijuana markets in the world – Canada, Germany and Israel.

“We have international markets we know are going to expand, especially the (European Union) market. The only question is the pace of the growth, and I’m optimistic,” he said.

IM Cannabis expects the acquisition to close during the first half of 2021 and to complete the regulatory requirements to list on the Nasdaq in the U.S. this quarter.

Marijuana Business Daily talked with Shuster about the Trichome deal and creating a global cannabis business.

What challenges did you face when arranging this deal?

We’ve done this deal in a crazy world, with COVID, lockdowns. It’s almost impossible to do deals without the ability to travel, especially international deals.

We knew the people (at Trichome) previously. We met with them. We did this deal after we formed a relationship.

It’s very difficult for us to do deals, especially now, and I don’t think we’ll see a significant change in 2021.

How did technology help overcome those challenges?

Completely on Zoom. They visited our facility, and we visited their facility – everything by Zoom. It was not a simple process.

Everything was a challenge. We had crises. The deal (moved slowly) in some stages, and we had to recover.

But at the end of the day, it’s based on personal relationships. The deal (was done on Zoom), but we met with the people in the past. We had a relationship, and that is very important.

It’s difficult to do those kinds of deals because you’re doing it with people.

Is the demand for Trichome’s cultivation facility meant to be filled in Canada?

Primarily in Canada, but I think we will be able to add more demand to this facility, because we (Israel) have a need for more product.

Right now, we are importing products into Israel on top of what we’re supplying.

We will focus on the most in-demand strains in Israel, which in general is higher-THC, super-premium products within Israel.

The plan is to import product to Israel. For us, this is a huge advantage. The fact that we can take a facility and add more demand without any sales efforts in Canada is huge added value.

Many companies have the same goal – to create a global cannabis business. What is IMC doing differently?

IMC has grown as a very lean operation for 10 years.

It’s a completely different approach than the Canadian market, which was flooded by huge amounts of money.

Everybody had to build a huge operation, because the valuations were according to the (production) capacity – that was the main correlator for valuations.

No one took the cost structure as a parameter.

We had to build a lean operation and have been profitable for many years.

When we acquired a company in Germany, it was a very lean company with the same mentality. That was one of the main parameters for this (Trichome) acquisition.

The acquisition of Trichome will be exactly the same approach – a company that has the same fundamentals as us.

What are the benefits to running a lean organization?

At the end of the day, it’s a business. You have to make money.

Investors are tired of companies making promises and burning huge amounts of money at the (same) time.

I think it can be done differently, with a different approach, much more humble.

At the end of the day, I think people will appreciate execution.

Some companies failed to control costs. Why is cost control so important?

Companies need to adjust their cost structure to the markets, and not the other way around. The markets are the markets.

You can’t control the market, but you can control the cost structure. This is the first lesson any company has to understand.

Why is it a mistake for businesses to count on unknown regulatory changes?

You can’t control the regulator in any market, so you have to be very conservative with your approach.

Look at a reasonable, best- and worst-case scenario – what I can guarantee you is the best case will never happen. It will be something between reasonable to the worst.

That’s our approach. At the end of the day, the regulator is managing the market, not us.

We have to adjust our behavior to the regulations. That is the reality.

Matt Lamers is Marijuana Business Daily’s international editor, based near Toronto. He can be reached at [email protected].