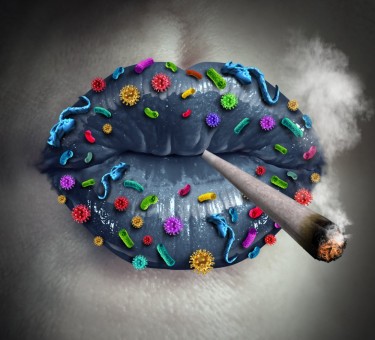 The year 2020 was largely dominated by the events of the COVID-19 pandemic. This has driven many cannabis companies to make different claims about the effectiveness of cannabis in helping to deal with viral infections. Cannabis is already known to be a natural herb with numerous medicinal applications so it is important to know the true scope of these claims. This article will shed light on the role of marijuana with viral infections and the possibility of cannabis heightening a protein’s ability to fight viruses and inflammation.

The body produces special endocannabinoids such as anandamide and 2-Arachidonyl Glycerol. The endocannabinoid system was initially thought to contain two receptors majorly CB1 and CB2. However, research has shown that the system consists of over 50 enzymes, receptors, and endocannabinoids. These endocannabinoids and the cannabinoids in cannabis work directly and indirectly to affect the immune system. This is the basis for the topical creams and transdermal patches used for pain relief and to deal with inflammation.

Researchers in different centers are looking into the effectiveness of a special protein with a unique ability to fight viruses and inflammation. This special protein is known as ZBP1 and researchers from far and wide are already working on it. Some of the top centers working on this protein include the Cluster of Excellence in Aging Research of the University of Cologne, the University of Texas Health Science Center, and the Francis Crick Institute in London.

The protein has been discovered over 40 years ago and since then, scientists have been working to explore its potential. The protein upon activation senses the genetic makeup of the virus and after identifying the threat, it activates a kill-sequence. This is somewhat similar to the activity of some of the killer cells in the immune system against such foreign invaders. The protein also activates this special kill-sequence when it senses RIPK1. RIPK1 is a special protein that stops the activity of ZBP1.

This activity of ZBP1 also applies to the immune system and the regulation of inflammation. This is why it is also being researched for inflammatory diseases such as arthritis. Different studies have been put forward to fully understand this protein. Professor Manolis Pasparakis is one of the lead scientists in a study on ZBP1. Using mouse models to elicit the action of the protein, it has been identified that the protein binds to double-stranded RNA. This binding action of the protein helps it in the regulation of the immune system and inflammation.

The search into the complementary action of cannabis with ZBPI was birthed based on the similarity in their actions. The existence of such activity will help open up another mode of the effectiveness of cannabis and CBD against inflammation. It will also help to provide positive headway for alternative therapies for dealing with inflammatory diseases such as arthritis.

Although, it is still very early to say, early signs point to the effectiveness of cannabis to heighten ZBP1. Both have similar effects, chances are that the use of cannabis will offer synergistic action. Scientists are already looking into ways to solidify the effects of THC on the body and its genomes. This protein offers a chance to fully study that and offer a new therapy model heading into the future.

The uniqueness of ZBP1 and its activity makes it a gem in the medical world. It is not a matter of IF but a matter of WHEN scientists utilize it for the betterment of health. With a combination of cannabis and the beneficial cannabinoids, ZBP1 can be a huge benefit in the fight against viruses and inflammatory diseases. Although there is still a need for more clinical researches to be carried out on the protein; early indications show promise which is why scientists are pressing on.