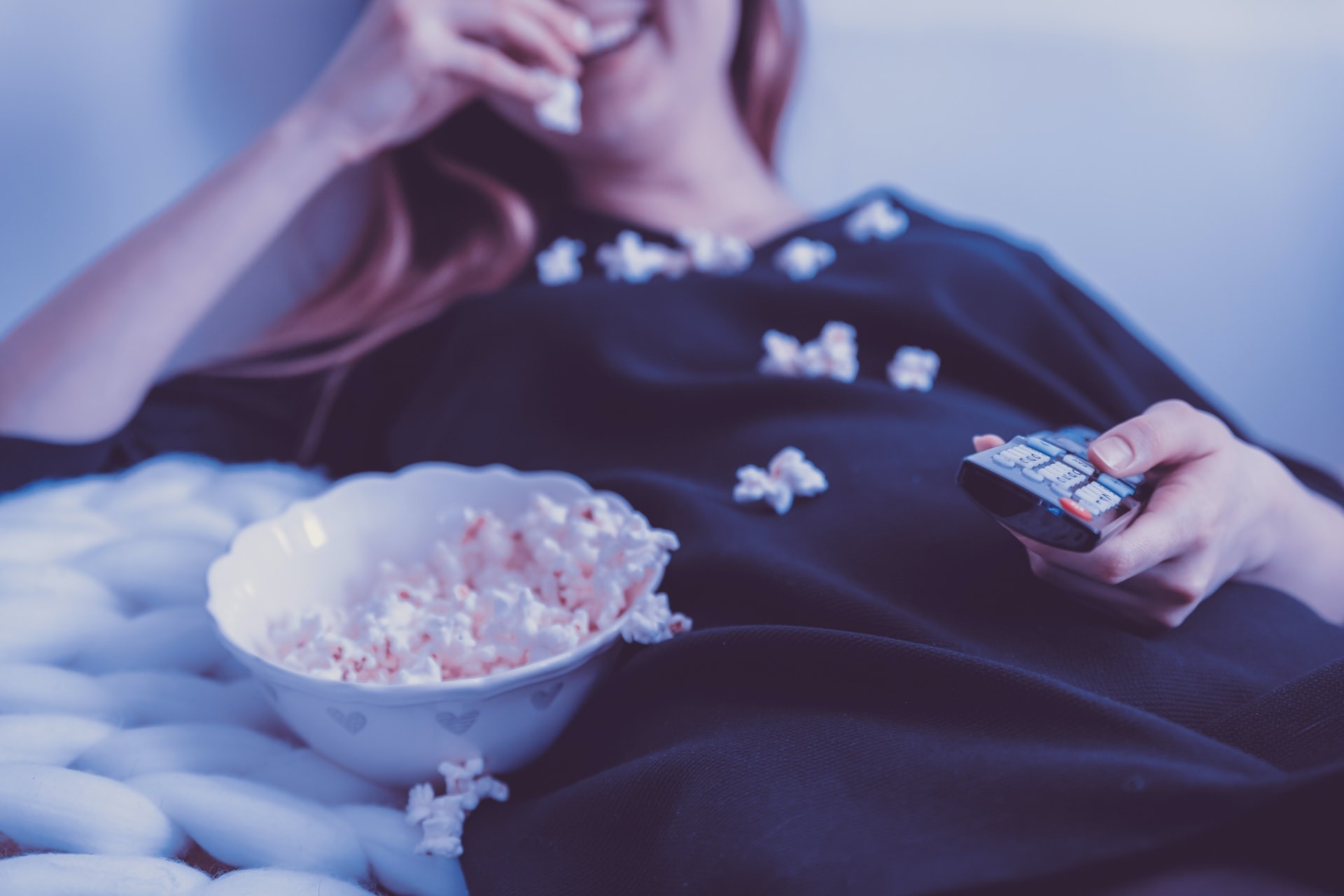 Halloween’s coming up, although at this point nearly everyone is getting tired of wearing masks everywhere they go. Since gathering with strangers at house parties or bars remains an enormous risk for catching or transmitting COVID-19, many people are choosing to stay inside this Halloween and watching some classic horror movies with their social pod.

If your party includes some edibles along with your fun-sized candy, or you’re ready to get your piece lit up like a Jack-O-Lantern, PotGuide’s here with some Cannabis-friendly horror movies to complete the Halloween mood.

For anyone who’s a fan of 1980s John Carpenter, The Guest will be right up your alley. A mysterious young soldier arrives at a grieving family’s Southwest home, claiming to have served with their deceased son. From there, The Guest basically answers the question “What if you invited a cooler living Terminator being hunted by the government to stay with you for a while?”

The movie tiptoes to the edge of being ridiculous without ever losing its way and by the time the final scene ends you’ll be a couple bowls deep and cheering. Smoke something that gets you charged up and get ready for some fun.

Available to stream on Netflix

In Evil Dead 2, Ash and his girlfriend drive up to a cabin in the woods where they unknowingly release an evil presence that inhabits trees, people, stuffed deer heads, and lamps. One of the originals of the “cabin in the woods” subgenre, as well as a classic of slapstick splatter horror, this cult classic should be on every stoner horror fan’s list. The dialogue and the acting aren’t Shakespeare, so find a strain or an edible that makes you ready to giggle or straight up laugh your head off.

By the time Ash has replaced his sentient disembodied hand with a chainsaw to fight the reanimated flying corpse of a WASP archaeologist’s grandma, you’ll be having the time of your life. If you’ve got the energy, be sure to double feature this one with the sequel Army Of Darkness, where Ash fights reanimated skeletons in the middle ages with his chainsaw arm, shotgun, and death car.

Available to stream on Hulu

A swim team champion goes to check in on her estranged father and finds him trapped in a Florida basement. Also, there’s a hurricane! The water level is rising by the hour! And some gators have gotten loose and are on the hunt for people! With a lean runtime and a classic B- movie set up that should have just been titled “Too Many Alligators!,” Crawl knows what movie it is and delivers on all fronts. Smoke just enough to get a little jumpy and let the alligators do the rest of the work. There are a lot of them.

Available to stream on Amazon Prime

Cabin in the Woods

Arguably the best horror comedy of the 2010s, Cabin in the Woods became an instant cult classic upon release. A pre-Avengers Joss Whedon takes the “cabin in the woods” horror tropes (among other tropes) and upends them, then keeps upending them in ways that we won’t spoil here. If you haven’t seen it, go into this movie as fresh as you can. Smoke something fun beforehand (or every time you see the main character’s collapsible bong), then just sit back and enjoy.

Available to stream on Amazon Prime

A work crew takes a low bid contract to remove asbestos from a condemned former insane asylum, and they’re not alone in there. Filmed in an actual condemned former insane asylum, Session 9 builds an atmosphere of tension and dread that lasts through to the end. Smoke or eat something that zones you in and you’ll find yourself on the edge of your seat until the big reveal.

Available to stream on Netflix

The team at an arctic research station descends into paranoia and suspicion as they’re infiltrated by an alien that can mimic any lifeform. The Thing is a classic of horror/sci-fi that can be enjoyed in any state or on any number of rewatches, so you can pretty much choose your adventure on this one.

Smoke something that focuses you in to enjoy the whip-smart script (that’s an allegory for the AIDS crisis) or the incredible practical special effects that makes this a high-water mark of the genre. Or let yourself get a little paranoid and sink into the tense, suspicious atmosphere along with the other characters. Or, just pop a couple edibles and enjoy the ride.

One of the best horror films in the last two decades, The Descent follows a couple of female adventure junkies, one recovering from trauma, who unknowingly descend into an uncharted cave network fraught with danger. Smoke something way too strong for your own good, turn out all the lights until your room’s as dark as a cave, and dive in. The Descent is a tension factory with cave-ins, spelunking accidents, and interpersonal drama way before the albino cave mutants show up to start hunting everyone down.

In Mandy, Lumberjack Nicholas Cage and his girlfriend Mandy live an idyllic life in a cabin somewhere in the rural Pacific Northwest. That is, until his girlfriend is kidnapped by a cult led by a former folk singer. It’s a slow burn at the start, so enjoy the lazy pace while you’re burning one down or popping your edibles.

If you’re smoking, pick the strongest psychedelic strain you got and maybe it’ll come close to matching how wild the movie gets from there. Blood red filters, crazy visuals, Nic Cage screaming in his underwear while chugging vodka, Nic Cage fighting leather spiked motorcycle mutants with a handmade sword, and Nic Cage going ham on some cultists in the greatest way possible.

A photographer goes to spend a weekend with his white girlfriend’s family in upstate New York, prepared for some of the normal awkwardness of that situation. His suspicions mount that the family isn’t all they say they are and the tension ratchets up from there as he finds himself trapped and in danger of losing control of his body forever. Directed by Jordan Peele, Get Out is equal parts satire and horror, be sure to smoke something cerebral and then sit back and enjoy. This 2017 horror/suspense thriller on race relations is smart, tense, well-acted, and unfortunately eternally relevant.

Whatever movie you pick, stay safe and stay inside this Halloween. Just think of this as extra time to plan next year’s costume. Once the pandemic is over, those parties will be epic.